Where to Buy | Connect |

To Be Or Not To Be: Gluten-Free

The Gluten-Free movement is gaining momentum. But what are the facts? Should you consider a gluten-free diet? The answer is a firm...maybe.

Celiac disease, also known as gluten-sensitive enteropathy (GSE) or celiac sprue, affects an estimated 1 in 133 Canadians. Evidence in fact suggests that it may actually be an autoimmune disease in response to gluten and therefore the not the gluten itself damaging the surface of the small intestine1. Symptoms of celiac disease include anemia, chronic diarrhea, weight loss, fatigue, cramps and bloating, irritability...In other cases, sufferers from gluten-intolerance develop an intense burning and itching rash called dermatitis herpetiformis". Intestinal symptoms do not always accompany the dermatitis.

These symptoms are serious and uncomfortable, yet less than 1% of the population suffers from them, and celiac disease can now be diagnosed not only by symptoms but with a simple blood screening test. For those with celiac disease, excluding gluten from the diet doesn't "cure" it, but it readily eliminates symptoms.

Wheat, rye, triticale and barley contain gluten. Celiac sufferers should also be wary of less obvious things that contain hidden sources of gluten, such as:

So how do we explain the rapidly growing numbers of people adopting a gluten-free lifestyle? The rise is a result, at least in part, by popular dietary advice, including popular diet books such as Wheat Belly, by Dr. William Davis. Dr. Davis claims that “wheat is the single largest contributor to the nationwide obesity epidemic – and that the elimination of wheat is key to dramatic weight loss and optimal health.” Dr. David Perlmutter, author of Grain Brain, makes an even bigger claim: carbs, even healthy carbs like whole grains can cause dementia, ADHD, anxiety, headaches depression and much more.

Dr. Fasano is globally recognized for his pioneering research in the fields of Celiac disease and gluten intolerance. He stated in an interview “we discovered that there is another form of gluten reaction that we don’t call gluten intolerance anymore because we went through a revision of nomenclature, but we call it gluten sensitivity.  And it turns out to be an immune response to gluten not on an autoimmune basis like in celiac disease, not even on an allergic basis because we know that sometimes wheat can induce an allergic reaction like any other foodstuff. But it’s a different form of immune reaction that will create a minimal inflammation without damage of the intestine.  And that caused the symptoms intestinally and extraintestinal that these people may eventually experience when ingesting gluten.”

But at the same time, there’s also "The Smoke and Mirrors Behind Wheat Belly and Grain Brain," by Dr. John McDougall, who points to three major scientific reviews which show that low-carbohydrate diets increase the risk of sickness and death He suggests that gluten-free diets are a back door into the low-carb eating style (such as the Atkins diet).

In addition, Dr. McDougall reports, "A recent review of 45 prospective cohort studies and 21 randomized-controlled trials (RCT) compared people who rarely or never consume whole grains with those reporting an average consumption of three to five servings per day and found by comprehensive meta-analysis that those consuming the grains had a 26% reduction in the risk of type-2 diabetes and a 21% reduction in the risk of heart disease (independent of known CVD risk factors). Furthermore, there is an inverse relationship between whole grain intake and weight gain".

Another factor in the rush to adopt gluten-free products is the food industry. The gluten-free business is booming, but that’s not necessarily a good thing for consumers. Products that now line the shelves of grocery stores claim (or imply by packaging design) that they are Gluten-Free and therefore “healthy”. Many gluten-free products, however, not only more expensive but nutritionally lacking (particularly in fibre).

In "Against the Grain," from westonaprice.org, long-time supporters of "real food" diets, a history of modern agriculture, world trade and industrialized methods of food production provides interesting insights. Author Katherine Czapp's basic argument is that it is not so much gluten causing an increase in the numbers of people complaining of digestive issues after eating grains as it is the way we handle grains in the modern world (the manufacturing process). This survey places heavy weight on the damage from the "no-time" method of industrial bread production in contrast with traditional rising and fermentation techniques.

Breads like sourdough use an ultra-slow method, fermenting it for several days or even up to a month - and this process is what breaks it down to the point that gluten intolerant people can eat it:

“True sourdough bread does not contain yeast and instead utilizes a lactobacilli based starter culture. True sourdough bread is also baked at a lower temperature for a longer period of time which protects the integrity of the cereal grains and preserves the nutritional value.  Not only is the nutritional value maintained, but anti-nutrients such as phytic acid are eliminated and gluten, that very difficult to digest plant protein, is broken down.” – The Healthy Home Economist

A study from Monash University in Australia, published in 2011 by Peter Gibson, also contributed to the gluten-free craze, linking gluten to gastrointestinal distress in patients without celiac disease (IBS or irritable bowel syndrome sufferers).

But Gibson pressed his study further, controlling for more variables, and began to discover discrepancies, ultimately reversing his original conclusion. Jessica Biesiekierski, a former colleague of Gibson and lead author of the study alongside him, noticed that the symptoms of almost all IBS sufferers improved on a Low-FODMAP diet. FODMAP is an acronym for "Fermentable Oligosaccharides Disaccharides Monosaccharides And Polyols. Coincidentally some of the largest sources of FODMAPs exit the diet when a person goes gluten-free, which can explain why some people not suffering from celiac disease feel better on a gluten-free diet.

There are deficits in a gluten-free diet, among them potential fibre and vitamin and mineral deficiencies, which make it desirable to find other solutions to intestinal distress not caused by celiac disease. A Low-FODMAP diet, as a more targeted approach to relieving symptoms, is much healthier and less restrictive. To learn more about this diet, check the Monash University website. Additionally the University has created a mobile app that provides accurate information about foods that trigger IBS reactions and manage their symptoms.

Where does that leave us on our starting question, to be or not to be gluten-free? Here are our final thoughts: 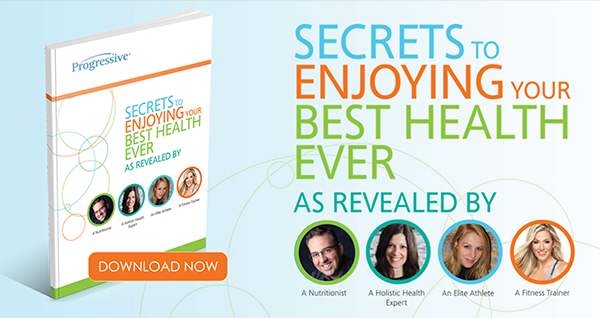 Get the healthiest newsletter around!